By BCCA EBT
Posted May 9, 2022
In Health and wellness
Mindfulness May Help Alleviate Symptoms of Depression & Anxiety2022-05-092022-05-09https://bccabenefits.ca/wp-content/uploads/2022/05/logo-dark-mode.pngBCCA Employee Benefit Trusthttps://bccabenefits.ca/wp-content/uploads/2022/05/faultycamera-105m46gatag-unsplash-scaled.jpeg200px200px

On January 30, 2020, the World Health Organization declared COVID-19 a public health emergency of international concern. Most nations and their people observed the virus from afar, perceiving it as something that would not affect their daily lives. But today, three months later, leaders have put into effect nationwide shutdowns and suggest that their citizens stay home as much as possible. If people need to leave their homes, they must stay two meters away from other people to reduce the chance of spread.

The news of the outbreak and its rapid progression has, understandably, caused and exacerbated fear, stress, and anxiety in the populous. Many are grieving sudden and traumatic losses, are sick and quarantined, experiencing layoffs, or are simply just alone. These conditions can lead to anger and resentment, guilt, shame, stigma, and distrust in communities.

Because of the increased likelihood of psychological impact, we investigated evidence-based practices that might help you and your team with emotional self-regulation during these challenging times. We found that mindfulness-based interventions (MBIs) like meditation and mindfulness cognitive behaviour therapy (mCBT) are effective ways to manage stress, anxiety, and depression.

Although mindfulness sounds like a psychobabble buzzword, there’s a growing body of academic research investigating its practical applications. So, what exactly is mindfulness?

Mindfulness is “paying attention in a particular way: on purpose, in the present moment, and nonjudgmentally” (Kabat-Zinn, 1994). It’s about accepting thoughts as just that – thoughts – and learning to accept those thoughts without assigning meaning to them. For example, the negative thought “Everyone thinks I’m stupid” may be distressing to a person. Over time, practicing mindfulness trains the person to view these thoughts as fleeting events, rather than concrete realities that define who they are (Lau & McMain, 2005). This new way of perceiving thoughts is intended to help people let go and avoid feelings and behaviour influenced by these thoughts. So if the person recognizes that “Everyone thinks I’m stupid” is a negative thought of which they can control the meaning, they’re less likely to spiral into further negative thoughts. This is also known as rumination, which is the habit of dwelling on the past or worrying about the future. Rumination is significantly related to depression.

This form of intervention consists of a variety of different therapies including mindfulness-based cognitive therapy (MBCT), mindfulness-based stress reduction (MBSR), and acceptance and commitment therapy (ACT). Each of these therapies has proven to be a viable form of treatment for psychological and physical health conditions.

These interventions can help psychosocial and physical illness by helping patients accept certain truths about life. One certain truth is that change is inevitable and sometimes the best action is inaction (Carlson, 2012). Change occurs by formally training the mind through meditation and shifts in attitude and perspective. This allows people to let go of consuming fear and see their illness in a new light (Carlson, 2012). Once implemented, the regular practice of MBIs shows a decrease in physical and psychological symptoms related to diseases such as cancer and diabetes. In fact, a randomized clinical trial of MBSR therapy showed that 65% of cancer patients showed improvement in mood and 35% in stress symptoms (Speca et al., 2000).  There was also a small study conducted on patients with type 2 diabetes that tested the impact of MBSR on glycemic index control. There’s a correlation between stress and blood sugar. After one month of the MBSR protocol, these patients had significantly reduced levels of glycosylated hemoglobin A1C (HbA1C) and blood pressure (Rosenzweig et al., 2007). They also experienced lower levels of psychological symptoms related to depression and anxiety (Rosenzweig et al., 2007). Similar positive results are also echoed with other psychosocial and physical illnesses such as pain, chronic pain, low-back pain, fibromyalgia, rheumatoid arthritis, cardiovascular disorders, HIV/AIDS, irritable bowel syndrome and more (Carlson, 2012).

Another form of MBI is mindful Cognitive Behaviour Therapy (mCBT). CBT is the most commonly-used evidence-based therapy for the treatment of psychological symptoms. It’s proven to be effective in treating symptoms of depression and anxiety. For example, a 2008 meta-analysis of 27 studies, revealed that CBT had moderate to large effects on anxiety symptoms and moderate effects on depressive symptoms (Hofmann et al., 2008).

How can you get started with Mindfulness-Based Interventions?

If you’re experiencing stress, anxiety, or depression, downloading a meditation app such as Insight Timer, Calm or Headspace may provide you with the tools to help you regulate these emotions. Although the research in this space is still new, the current studies on the efficacy of meditation apps are promising.

One study of 238 healthy employees measured psychological well-being, job strain, and ambulatory blood pressure during the workday. Half the participants completed one 10-20 minute meditation exercise on an app every day and the other half were put on a waitlist, which served as the control group. Measurements were taken for both groups at the beginning of the study and at the eight-week mark. 16 weeks later, the participants in the intervention group reported a major improvement in psychological well-being. The changes in Systolic BP were marginally significant and not significant for diastolic BP. The effects on job strain were inconclusive (Bostock et al., 2019).

Another 2019 study by Huberty et al., specifically tested the Calm app. They looked at the sustained effects of meditation using a mobile app on stress, mindfulness, and self-compassion. Not only did they find moderate to large differences in the measures between the intervention and control group (except for mindfulness), but they also found that the effects were sustained at follow-up, 12-weeks after the study.

Talk to a Professional

If you want to discuss your options with a professional, remember that under your BCCA Employee Benefit Trust benefit plan you have access to the Employee and Family Assistance Program (EFAP). EFAP is a confidential and voluntary support service that helps employees and their families find the right options and solutions to resolve personal, family, or work-related challenges by connecting you with counsellors and expert consultants.

Kabat-Zinn J. Wherever you go, there you are: mindfulness meditation in everyday life. New York (NY): Hyperion; 1994. 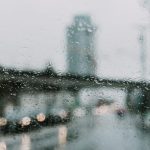 Signs and Symptoms of Seasonal Affective DisorderHealth and wellness