Oftentimes, construction companies approach us for a quote and tell us their reason for looking is because their rates recently skyrocketed. Have your insurance or benefit plan rates suddenly increased? We’ve pinpointed some of the reasons why.

If your insurance provider tells you it’s due to Pharmacare and MSP, you might want to ask more questions or consider switching because  MSP and Pharmacare are publicly-funded programs. Because of this, they shouldn’t have any real impact on private plans like group benefits.

You Are Claiming More

Your claims have gone up and your premiums are no longer sufficiently covering the claims. The insurer needs to increase rates to breakeven, and profit.

Your Demographics have Changed

Unfortunately, there are lots of factors, but mostly it is due to the fact that you are claiming more or your demographics have changed resulting in them requiring a rate change, it is not a 1:1 effect.

Your Insurance Company Made Some Internal Changes to Your Rating

For Life and disability rates, insurance companies include profit, margins, and manual rate adjustments that have nothing to do with the demographics of the client. For example, a client’s demographics could have stayed relatively stable without any significant changes. Logically, that should result in them having the same rate. However, the insurance company may decide that your rating needs to change (usually due to profit loss). In this instance, they may increase your rates internally to limit the loss even though nothing has changed about your situation.

For the health and dental benefits, again, profit, margins, and manual rate adjustments are all included in the determination of a rate that is independent of how much a client claims.  If a client claims more, that should result in them having to pay a higher premium, but usually, an insurer would weigh or factor in previous years’ claims also into the calculation. So some years, someone will pay more even when the previous year’s claims were lower because they had a really bad year previously. On the flip side, if they just have one bad year, their increase may not be as high due to lower ones from previous years. But insurers will usually pick and choose how they use the weighting, so someone might see a 40% increase even when their claims only increased 20% that one year.

Underwriting is the process through which insurance rates/pricing are determined. They are based on various factors such as mortality tables and claims experience.

As underwriting is as much art as it is science, it is possible that an insurer could price a client incorrectly by making the wrong assumptions. This is typically not nefarious. BUT it does typically result in quote estimates that are higher than they should be. There are also many instances where the rating is incorrect such as a common mistake of rating a blue-collar group as white-collar.

The Insurance Company “Bought” Your Business

The insurer did not price you correctly in the first place. It’s common for most insurance companies to present lower rates at the beginning of a relationship. It’s possible that your insurer used the same tactic on you to persuade your business to purchase insurance through them. Usually, they offer initial rates which are significantly lower than what they should be – especially to companies who currently have a benefit plan in place. So when it comes time for renewal, they need to price you correctly moving forward to cover your claims. This jump is usually significant and more appropriate for your business. But because it’s so drastic compared to the first year of coverage, it’s perceived negatively (rightly, so).  We’ve even seen some of our members leave us and then return after a few years for this reason exactly, as they then truly realize the benefit of being in our pool.

Insurance companies ultimately are trying to make money so when claims plus fees outpace the premiums, rates are automatically adjusted for that. Pooled plans, however, keep rates flatter. Traditionally, in a pooled environment, regardless of what the claiming is, every group gets the same adjustment, so even a group that hasn’t claimed at all will get what the pool needs in aggregate.

If you are in a pooled plan (such as ours) you would not see such large adjustments. The pool helps to temper any required adjustments during higher claiming years. The pool helps smooth out any required rate adjustments over a longer period of time as well so that a company won’t have to deal with its rates going up and down exponentially each year (this can be especially difficult if the company shares the benefit plan premiums payment with their employees). 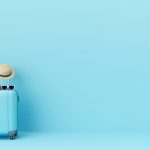 4 Possible Reasons Why Your Travel Claim is DeniedBenefits Q&A