January is Alzheimer’s Awareness Month. More than 44 million people are living with dementia worldwide, making the disease a global health crisis that must be addressed.

A diagnosis of Alzheimer’s changes the lives of the individual with the disease and their family and friends, but information and support are now available. No one has to battle Alzheimer’s disease or any other dementia alone.

The most common type of dementia is Alzheimer’s, which is also a general term used to describe conditions that occur when the brain is no longer able to function properly. Alzheimer’s causes problems with behaviour, memory and thinking. In the early stages, symptoms of dementia may be minimal, but they get worse as the disease causes more damage to the brain. The rate of disease progression varies from person to person. However, people with Alzheimer’s live, on average, up to eight years after the onset of symptoms.

Although there are currently no treatments to stop the progression of Alzheimer’s disease, there are medications to treat the symptoms of dementia. Over the past few decades, dementia research has shown a much deeper understanding of how Alzheimer’s affects the brain. Today, researchers continue to look for more effective treatments and cures, as well as ways to prevent Alzheimer’s and improve brain health.

Memory Loss and Other Symptoms of Alzheimer’s

Alzheimer’s and other dementias cause memory loss and other symptoms significant enough to interfere with people’s daily lives. These symptoms are not natural aging.

There is no simple test to indicate whether a person has Alzheimer’s. The diagnosis can only be made by a comprehensive medical evaluation, which may include the following:

Although doctors can usually determine whether a person has dementia, it can be more challenging to distinguish the type of dementia. Misdiagnoses are more common in premature Alzheimer’s.

Receiving an accurate diagnosis during the early stages of the disease is important as it allows:

By understanding what people with dementia go through in their daily lives – their struggles, successes and hopes – we can work together to raise awareness about dementia across Canada.

Raising awareness is the first step to combating stigma and strengthening human rights.

For more information about it, please access https://alzheimer.ca/en/help-support/programs-services/first-link or email:  info@alzheimer.ca to get connected.

If you are our member and have more concerns about it, please access Carepath for a medical second opinion: https://bccabenefits.ca/plan-members/health-wellness-resources/ 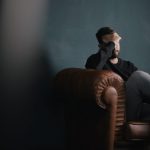 Mental Health in the workplaceBenefits Q&A, Health and wellness