I sat down with a local marketing company recently to talk about their benefits. They’re a young team with the oldest employee at 33 years old. It’s no surprise that they didn’t know much about their benefits except they can get “free” massages, cheap glasses and affordable dental care.

Younger people generally aren’t concerned with the future of their health. They’re too busy living in the now and think that they’re pretty much invincible. Of course, that’s a gross overgeneralization. But still, just imagine the glazed eyeballs when we got to the section about long term disability.

Don’t worry. Their ears perked up when I told them the story about Duncan.

Duncan worked for one of our clients in construction. A young healthy 25-year-old man, he worked as a drywaller and spent his weekends seeking regular 25-year-old thrills like working out, partying and playing video games. Except for the sporadic unexplained fatigue and weakness, Duncan’s life was pretty even-keeled.

He brushed off the random fatigue and weakness as just that, random. No doctor’s visits. No Googling symptoms. A few months later his right leg started regularly tingling and he could no longer lift 30lb dumbbells at the gym as he could before. Now, this was alarming to Duncan because 30lbs was his warm-up set.

He finally visited his doctor and did some blood tests. Nothing abnormal came up, but his symptoms were worsening. So the doctor ordered an MRI test, which revealed lesions on his brain and spinal cord.

It was multiple sclerosis.

Duncan is one of the unfortunate few in whom the disease had progressed so rapidly that working his physically demanding job was no longer an option. It struck him out of the blue and he was completely unprepared for the mental, physical and financial hardships that came with the disease.

So, how was he going to manage his new life and monthly expenses without a job? Dealing with a debilitating illness is hard enough without the stress of finances. Thankfully, his employer had him covered under long term disability insurance. Long term disability insurance helped provide income to Duncan, so he could cover medical expenses and living costs, while he focused on improving his condition.

Duncan’s story was relatable to my young audience and prompted a lot of questions afterward. The CEO of the company agreed with the importance of the benefit and admitted that he learned a lot, but questioned: “What’s the likelihood that any of us will experience something like Duncan?”. According to the American Social Security Administration (SSA), more than 25% of 20-year-olds will become disabled before age 67.

The risk is much higher than people think, so it’s important to #knowyourbenefits.

Do you have questions about your long-term disability benefit? Send them our way! 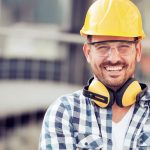 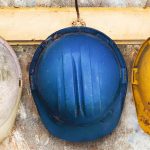 Insurance Jargon: A Glossary of Terms to Better Help you Understand your Benefit PlanBenefits Q&A